You are here: Home › Research › Trading power instead of energy in day-ahead electricity markets

Electricity markets have a fundamental flaw. Electrical energy is traded in (quartly) hourly slots (PTUs) and it does not matter when during this interval the energy is generated (or consumed). However, power generated needs to equal power consumed at all times. In the European synchronous zone, this leads to frequency dips of about 100mHz on average around the start of each PTU in the evening hours. This is equivalent to a generation dip of about 2 GW, i.e., a whole reasonably-sized power plant. Changing market rules to trading power trajectories instead of energy amounts could lead to a significant reduction in costs and CO2 and would free up costly reserve generation for system security — especially important in the entry transition. This is experimentally shown in our recent paper in Applied Energy.

The difficulty with the power system is that supply and demand needs to be in balance at all times. While in other markets it is relatively easy to store goods in times of low demand and low prices, this is very difficult with electrical energy. Power produced at noon is a different product than power produced in the evening, with different demand (because of the way people live) and different supply (because of electrical energy coming from wind and sun) and has a different price. The match of generation and demand is made through electricity markets, and these are therefore defined on so called programmable time units (PTUs). In each PTU the amount of electrical energy sold (and thus generated) and bought (and thus used) should be equal. The length of these PTUs typically is one hour, or in some cases, 30 or even 15 minutes.

However, this granularity is insufficient to guarantee that power generated equals power consumed throughout. This can be observed from the following figure of the average frequency of the European system (winter 2016/2017). In the evening hours, the average frequency drops almost below 49.9Hz at the start of every hour. These temporary episodes of shortage are equivalent to a generation dip of about 2 GW (and additionally we see some overproduction before the end of each PTU). These are resolved via expensive reserves, while reserves are of course intended to handle unforeseen events.

Frequency in the European system, averaged over all days of the month (October 2016 – March 2017) – figure published in our paper (by Elsevier).

A well-established solution is to use a finer granularity for these markets. As long as optimal bidding and market clearing can be done within this same period, this leads to significantly smaller frequency dips or (in our simulations) lower unserved energy demands. However, given the desire for optimal solutions, in 2013 hourly time slots seemed to be the smallest PTU possible, and since this runtime scales exponentially in the number of periods, this direction of increasing granularity certainly has its computational limitations.

Changing the market rules into trading linear power trajectories within each PTU instead of a total energy amount brings the advantages of a finer granularity, but does not increase the computational load, because the instantaneous power balance is followed with more precision. In our experiments, we subsequently ideally dispatch the energy plan avoiding imbalances as much as possible, very much like the real-time dispatch market in the US. In these simulations, the reduction in unserved energy demand is similar to doubling the number of periods. If energy planning was not ideally dispatched, like in the EU markets, the performance of energy-based trading would be even worse than what we compare to in the paper, and thus trading power would be even more advantageous.

Moreover, trading power trajectories instead of energy amounts can be done in addition to any increase in granularity. How to compute the payments based on such power trajectories is also explained in our paper on “Trading power instead of energy in day-ahead electricity markets“. Many thanks to the main author, Rens Philipsen and my other co-authors: Laurens de Vries and German Morales. 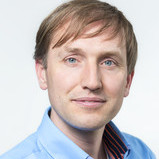